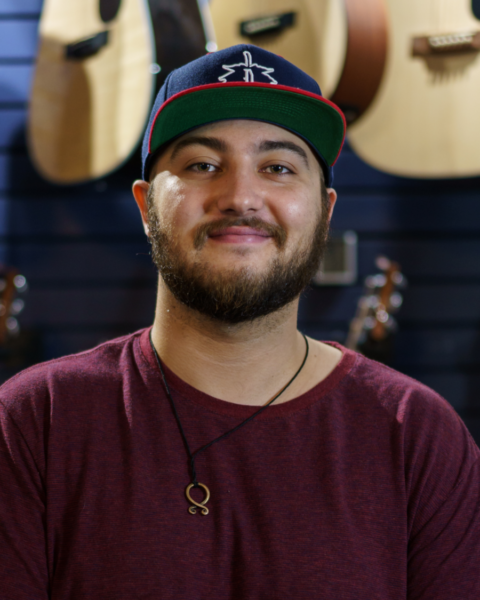 Overall description of yourself. Who you are, where you are from, a little industry background.

I’m Glenn, Tone Tailors’ Store Manager and Head of Operations. I was born in Lancaster, but grew up in the Reading area. My father is a well-known trumpet player and was a music teacher up until his retirement, so I grew up around music. I’ve spent most of my life around guitars, working in a few music stores and playing in many bands. Aside from working at Tone Tailors, I play music professionally and have been lucky to do so for a few years now.  ​ ​

What do you play?

Guitar and a little bit of bass.​ ​

What bands do you play in or have in the past?

Other hobbies you enjoy?

Guitar-related activities take up most of my time. But, you may occasionally find me shredding a course in Mario Kart. I’m also a  very big movie buff.

I have a particular affinity for Asian food, especially Thai. Mexican food comes in at a close second.​

The “Holy Grail” has gotta be a true-blue ’59 or ‘60 Les Paul. I can’t say that it’s a “bucket list” item, as I’ll surely never have one. In that respect, I’ll go with a nice reissue of a Les Paul from that era.

Another tough one. I recently saw Steely Dan perform their album “Aja” in it’s entirety. That was a pretty religious experience.

Cool local bands you think everyone should know about?

First, a shameless plug for thequietcampaign, which is an original band I’m lucky to be a part of and that you should totally check out. Now that that’s out of the way… I’ll shout out some local bands from the Reading area: And You, Brutus?, Jon Smith’s Voyages, Beautiful Red Panda, Dead Belly, Die Tired, and Psuedo Seal. All great bands.